Take these eleven homeopathic medicines (as a cure for diabetes mellitus) according to my direction. I am optimistic that my formula will give a full cure for 95% of diabetic patients. Although few cases will not get full cure ; still they will get ten fold better result than any other healing systems. You should take each of these medicines every time for one week only. Take these medicines repeatedly in a cyclical way (i.e. after no.- 11 start again from no.- 1). You can double the dose (i.e. 20 drops) if your sugar level is much higher. All the rules and regulations are same for the kids and teens but you can reduce their dose to 5 drops if their sugar level is not much higher. . Yea, it is better to take all homeopathic medicines in empty stomach ; but you can take them after meal if you forget. You can take these homeopathic medicines along with other allopathic or herbal medicines (whether they may be tablet, capsule or injection). It will not cause any trouble. But it is better to take all homeopathic medicines half an hour before or after other medicines. You should reduce the dose of other diabetic medicines to half when your diabetic condition has sufficiently improved and totally stop all those rubbish medicines when the sugar level comes to normal. Try to buy Germany or U.S.A. made medicines.

You can exclude any of these eleven medicines if it seems don’t helping or causing undesirable side-effects (like acidity, allergy, pain, sexual over excitement etc) or is not available in the local market. Continue rest of the medicines according to their suggested order or serial. Do not change my recommendation on potency and dose, but you can take the nearest (and the lowest) potency if the recommended potency is not available in the local market. In homeopathic potencies, Q means mother tincture, that means the lowest potency (that means one or zero). As we all know, the lowest potencies (like Q, 3X, 6X, 12X, 30X, 200X, 3C, 6C, 12C, 3, 6, 12 etc) usually causes less side-effects. If any of these medicines are available in pill or pellet form, you should take them in double dose ; that means take 20 pills or pellets in lieu of 10 drops. You should know that the names of the homeopathic medicines are universal (that means they could be found with the same name in every country). Always try to buy liquid medicines and take them mixing with water ; because homeopathic medicines are more effective in liquid form. In some rare cases, you may need to consult a homeopathic specialist to be able to use more precisely selected medicines (which best suit with your physical and mental make-up). You will need to take these medicines at least one to two years (or little longer) for a full cure. Inshallah, My FORMULA will reverse your biological system to it’s previous good condition (and consequently you will need not to take any diabetic medicines till death). When you are free from diabetes (and other related complications), then don’t stop these medicines suddenly. Rather you should gradually decrease the dose (from 10 drops to 5 drops and then 2 drops) and in this way take three to six months to stop them totally. (N.B.- Must obey the diet rules & exercise for rest of your life.)

[ It is a fact that none but a homeopathic specialist can offer a real cure for diabetes. But the proportion of the number of homeopathic specialist in the whole world in comparison with the billions of diabetic patients is very tiny. That's why I have developed such a ''SELF TREATMENT FORMULA'' which will help these vast number of suffering people and will not harm them. At first I have to select such medicines which has very positive effect on diabetes and on the contrary less side-effects. Then I have to serialize them in such a way that one will not interact with other and one will not damage the effect of it's previous medicine. Actually diabetes is not a single disease, rather its a group of diseases (I mean, many troubles jointly promotes diabetes). And that's why, a homeopathic physician needs to apply all available weapons to fight this virulent enemy of mankind. Don't be surprised if these eleven medicines at the same time also cure your other associated terrible diseases (like high blood pressure, asthma, obesity, kidney diseases, heart diseases etc) along with diabetes ! Because most of these eleven medicines also have very positive effects on our heart, lungs, kidney, liver, brain, stomach, nerve, hormonal glands, blood, sexual organs, eyes, bones etc.). God bless us all.]

(11) Iodium Q
(Take this homeopathic medicine 10 drops 03 times daily in eleventh week. Mixing with half of a glass of water) 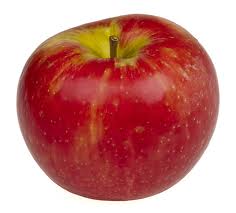 Consuming fructose appears to cause changes in the brain that may lead to overeating, a new study suggests.

“Increases in fructose consumption have paralleled the increasing prevalence of obesity, and high-fructose diets are thought to promote weight gain and insulin resistance,” lead author Kathleen A. Page, MD, and colleagues from Yale University in New Haven, Connecticut, write.

In this study, they showed in healthy volunteers that although glucose ingestion resulted in reduced activation of the hypothalamus, insula, and striatum on MRI — areas that regulate appetite, motivation, and reward processing — as well as increased functional connections between the hypothalamic striatal network and increased satiety. Fructose ingestion had none of these effects.

“The disparate responses to fructose were associated with reduced systemic levels of the satiety-signaling hormone insulin and were not likely attributable to an inability of fructose to cross the blood-brain barrier into the hypothalamus or to a lack of hypothalamic expression of genes necessary for fructose metabolism,” they conclude.

Their findings are published in the January 2 issue of the Journal of the American Medical Association.

In this study, the researchers used arterial spin labeling MRI to quantify regional cerebral blood flow in 20 healthy normal-weight adult volunteers before and after drinking a 75-g beverage of pure glucose or fructose.

They observed that glucose (but not fructose) ingestion reduced activation of the hypothalamus, insula, and striatum. Glucose ingestion also increased functional connections between the hypothalamic-striatal network and increased ratings of satiety and fullness.

The striatum, as with the hypothalamus, also did not deactivate with fructose ingestion, which may cause decreased inhibitory responses. Fructose ingestion was also associated with reduced systemic levels of the satiety-signaling hormone insulin.

They say the implications of this study, coupled with mounting evidence from epidemiologic, metabolic feeding, and animal studies, are that the “advances in food processing and economic forces leading to increased intake of added sugar and accompanying fructose in U.S. society are indeed extending the supersizing concept to the population’s collective waistlines.”

The study was supported in part by grants from the National Institutes of Health and the Yale Center for Clinical Investigation. The authors and editorialists have disclosed no relevant financial relationships.

via Fructose Effects in Brain May Contribute to Overeating. 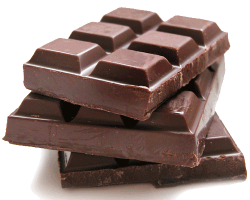 May 24, 2012 – Diets high in fructose impair cognitive function, but this is reversed when the diet is supplemented with appropriate intake of omega-3 fatty acids, new research suggests

Although the study was done in an animal model, the findings have relevance for humans, coauthor Fernando Gomez-Pinilla, PhD, from the UCLA Brain Injury Research Centre, Los Angeles, California, told Medscape Medical News.

“High fructose consumption can induce some signs of metabolic syndrome in the brain and can disrupt the signalling of the insulin receptors and reduce the action of insulin in the brain,” Dr. Gomez-Pinilla said.

“On the other hand, consumption of omega-3 fatty acids, particularly decosahexanoic acid [DHA], seems to protect against the effect of this high fructose consumption. That was the most interesting thing for us, to find that these changes in the brain that the fructose was triggering, the poor learning and the other molecular changes, could be buffered by omega-3 fatty acids,” he added.

The study is published in the May 1 issue of the Journal of Physiology.

Dr. Gomez-Pinilla and coauthor Rahul Agrawal, PhD, fed adult male Sprague-Dawley rats standard rat chow for 1 week and then trained them on the Barnes maze test for 5 days to learn the test.

They found that the rats assigned to the omega-3 fatty acid–deficient diet showed a significant memory deficit in the Barnes maze, which was further exacerbated by fructose intake.

They also found that the omega-3 fatty acid–deficient diet, plus high fructose consumption, disrupted insulin receptor signalling in the hippocampus, a sign of insulin resistance.

“The omega-3 fatty acid–deficient rats were slower, and their brains showed a decline in synaptic activity. Their brain cells had trouble signalling each other, disrupting the rats’ ability to think clearly and recall the route they had learned 6 weeks earlier,” Dr. Gomez-Pinilla said.

Encouraged by the results from this study, Dr. Gomez-Pinilla said he is now planning to study how diet — namely, a diet deficient in omega-3 fatty acids — can affect certain brain disorders, including posttraumatic stress disorder (PTSD).

“We have the idea that the type of diet we have described in the current study, one high in sugar and low in omega-3 fatty acids, may be a factor in PTSD,” he said.

For example, such a diet is typical for military personnel, who also suffer a high rate of PTSD.

“They typically consume a high caloric diet but one that is not high in the right nutrients. They are not consuming enough omega-3 fatty acids. DHA is essential for synaptic function, and this is the mechanism that makes learning and memory possible.

“Our bodies don’t produce DHA, so it must be supplemented through our diet. Consuming omega-3 fatty acids regularly can protect the brain against fructose’s harmful effects,”

“High sugar affects synapses, and this study confirmed that. But then, the researchers showed a very interesting thing, that adequate omega-3 fatty acids provided a protective effect. The fact that eating an adequate amount of DHA protects our brain cells from what we already know to be the bad effect of an unhealthy dietary variable — that’s amazing!”

Dr. Kaplan pointed out that children in North America commonly consume drinks high in fruit sugar and that many parents believe that fruit juice is somehow healthier than soda.

“Probably they are not, and the children should go back to drinking water,” she said.

“This is a very important study, and I was very excited to see it. They are a very good team at UCLA, and Dr. Gomez-Pinilla in particular has contributed a lot to this literature.”

The study was supported by the National Institutes of Health. Dr. Gomez-Pinilla and Dr. Kaplan have disclosed no relevant financial relationships.